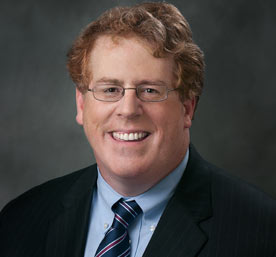 Twenty-Five Years of Experience in Commercial and Malpractice Litigation

Ed also has experience in representing both plaintiffs and defendants in all manner of legal malpractice claims, including claims arising out of litigation, including personal injury cases and divorce cases, failed corporate transactions, and disputed wills and trusts.. Ed Clinton, Jr. also represents lawyers before the Attorney Registration and Disciplinary Commission.

In addition to his extensive litigation practice, Edward X. Clinton, Jr. serves as an expert witness in legal malpractice claims. He has written extensively on the subjects of securities regulation, consumer fraud and trial practice. His clients include doctors, lawyers, computer software companies, shareholders and corporations.

The Clinton Law Firm has represented businesses and individuals in Illinois for two decades. Their experienced lawyers are known as effective litigators, principled advocates and reliable advisors for a variety of legal issues. Their practice ranges from securities issues to professional malpractice to family law. To schedule a consultation and discuss your case with a knowledgeable Chicago business law attorney, call us at 312.357.1515 or contact us online today.